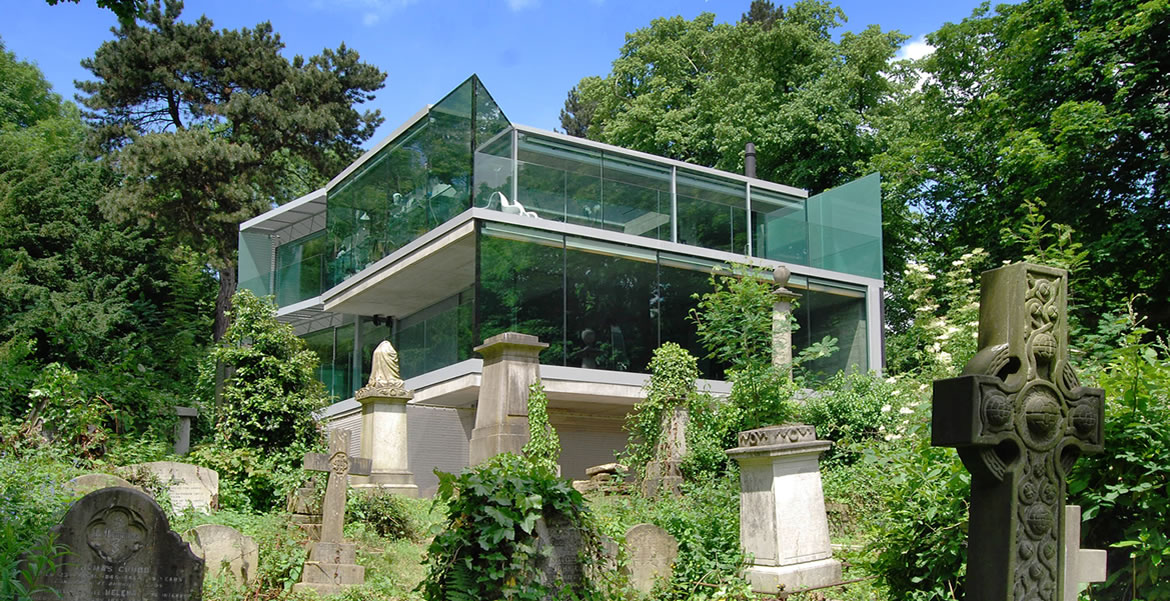 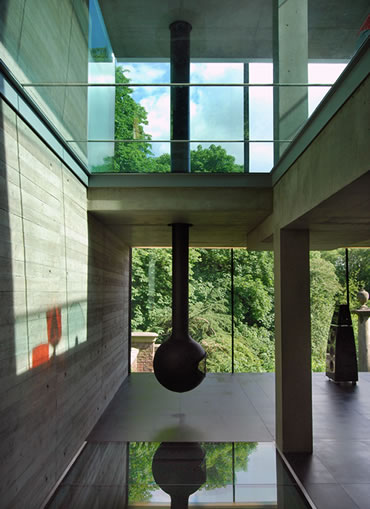 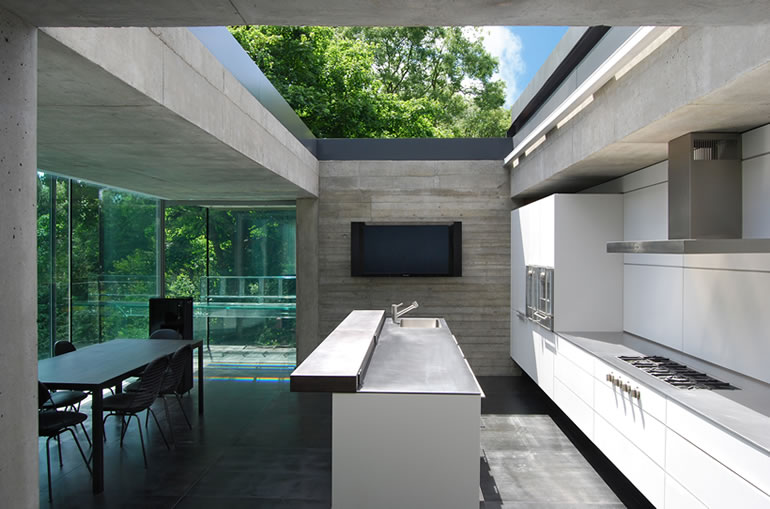 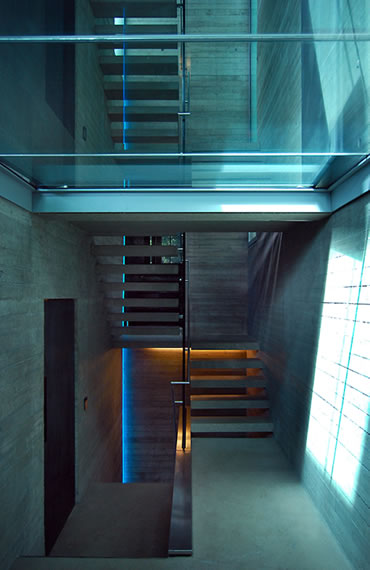 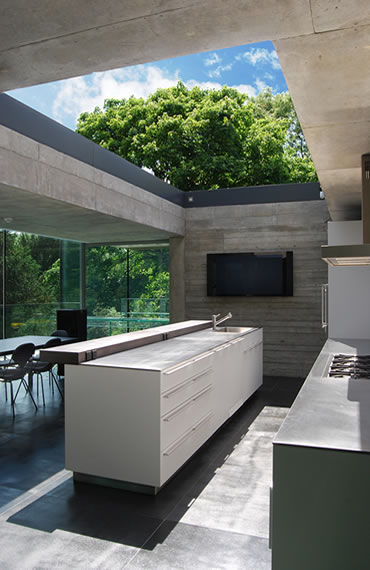 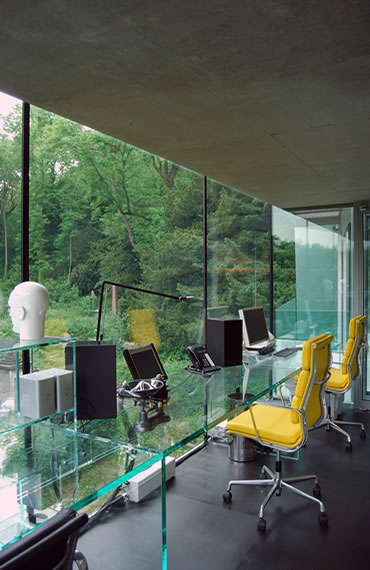 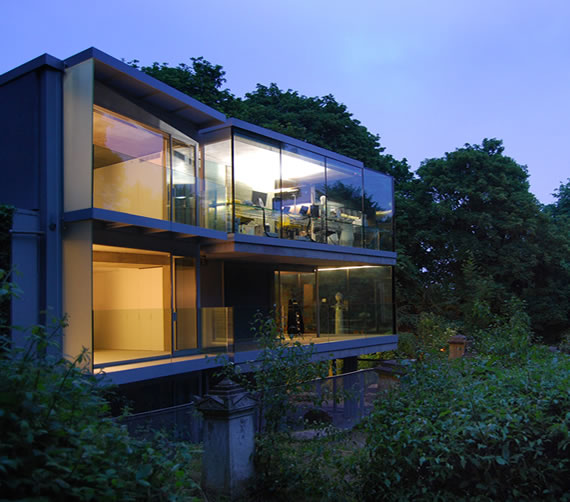 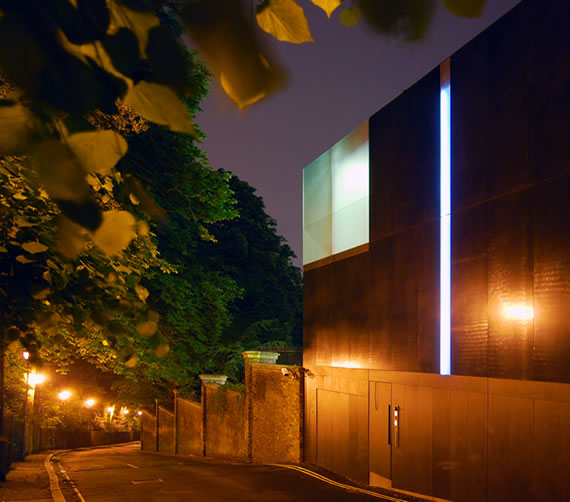 Inspired by seeing the practice’s award-winning house, The Lawns, a house in the Highgate Conservation Area, the owner of a nearby  property commissioned the practice to design a replacement house on this unique site overlooking Highgate Cemetery. An existing two-storey steel house by architect John Winter, had come to the end of its life owing to the deterioration of the steel structure and it was no longer commercially viable to repair it. The practice proposed two options for the project and it was architect Nick Eldridge’s design for a four-storey concrete, black granite and glass house with upper level courtyard with glass sliding roof which captured the imagination of the owner and was built.

Designed rigorously on a one metre grid and extending the built area to the very perimeter of this small site, the proportion of living space to bedroom accommodation was increased with the plan divided into two thirds living area and one third bedrooms, bathroom and dressing space. Visual continuity from street level to second floor is achieved through transparent glass floors between the entrance lobby, living room and kitchen and dining at the top. Each space benefits from an open terrace onto the cemetery and its wooded landscape, with the upper level terrace facing south with views through the treetops to the City skyline. The large sliding glass rooflight over the kitchen and dining area transforms the space into an open courtyard.

Off the main staircase is a bedroom at each level with balconies looking out to the landscape. By contrast the street façade is an abstract composition of black granite slabs making reference to the surrounding monumental masonry together with translucent glass and black steel panels. The solidity of this street elevation provides visual privacy as well as acoustic insulation from the road using the mass of the in situ board-marked concrete walls which rise from the basement level cinema room and plant accommodation to the sedum-planted green roof of the second floor.

Reviewing the completed house for “Architecture Today” John Winter described the new house as being “as near to a faultless building as I have seen for a long time”.  The house won a RIBA award and was nominated for the Manser Medal as well as the Stephen Lawrence prize. It was also runner-up as RIBA London’s Building of the year.