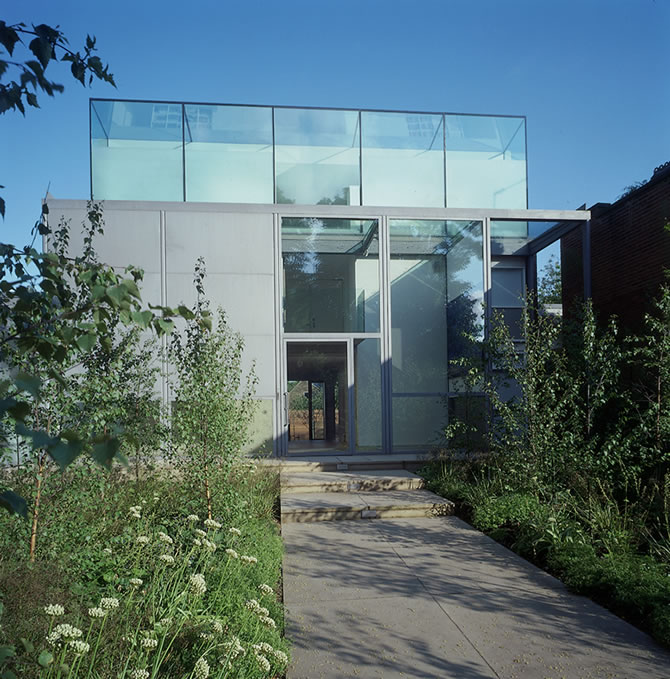 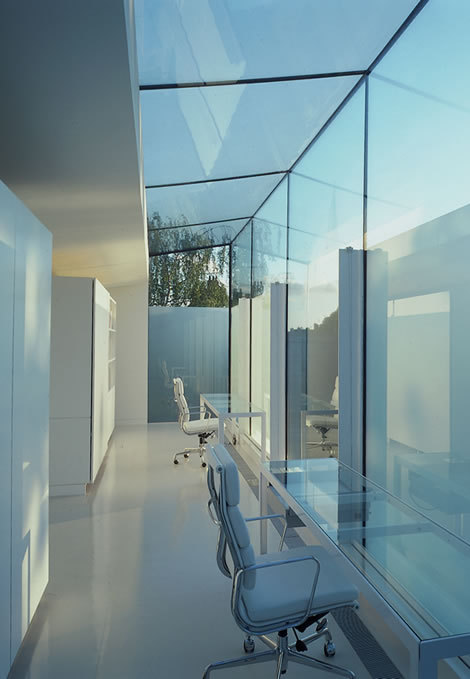 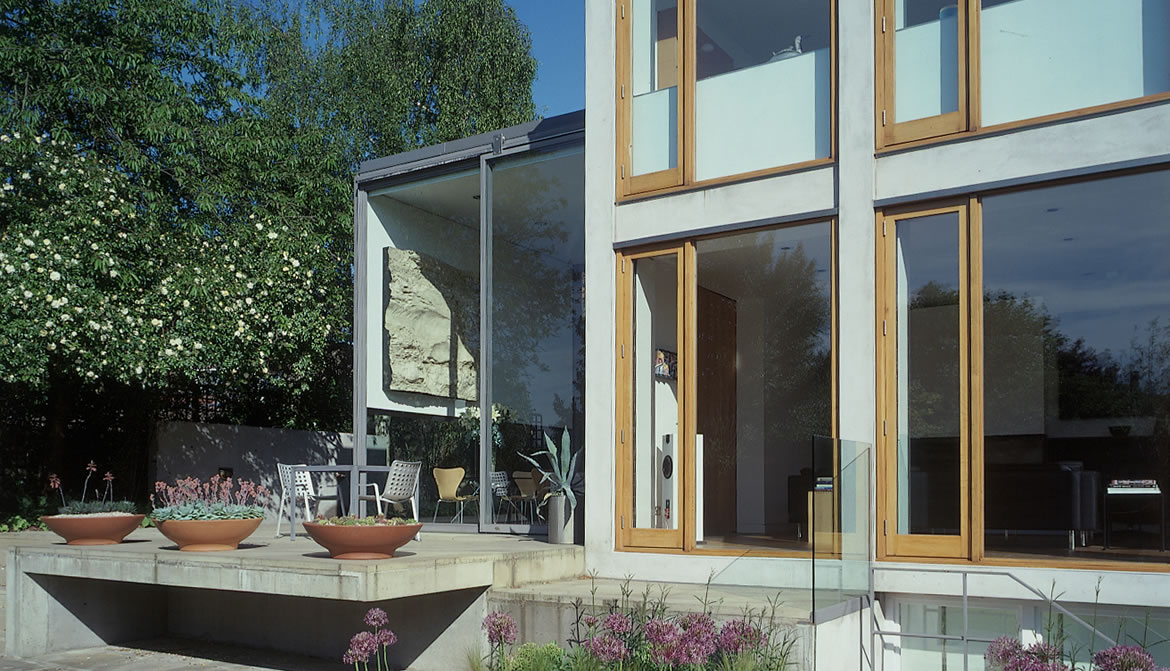 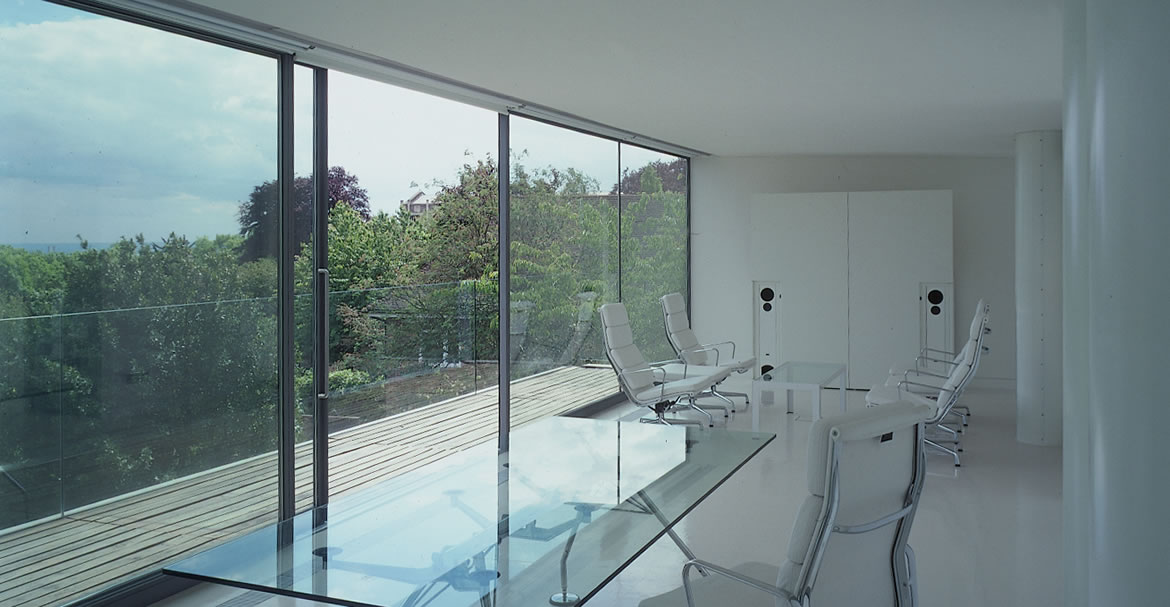 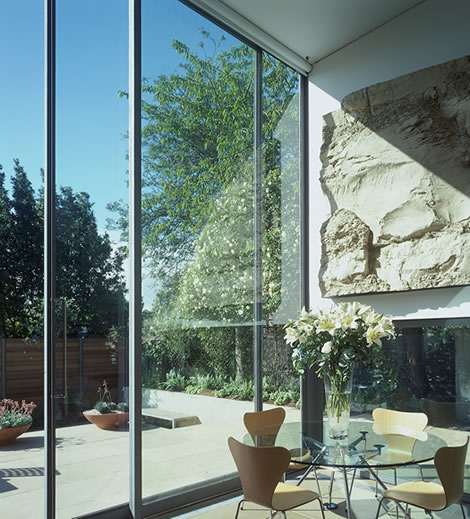 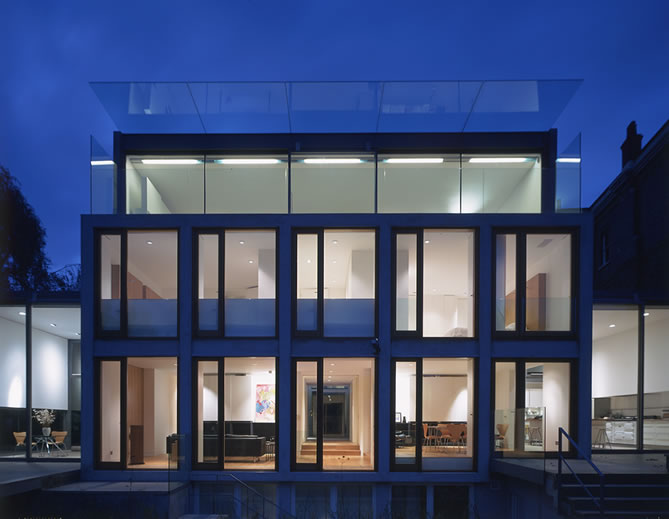 Described by Hugh Pearman as a palimpsest, this new family house was built around the core of an existing 1950’s house by the architect Leonard Manasseh. Commissioned by Sir John and Lady Frances Sorrell in 1998, this was the practice’s first project and won awards from the Royal Institute of British Architects, the Civic Trust and also won the 2002 Camden Design Award. The Lawns was the first house to be nominated for the Stirling Prize and the jury wrote : “The Lawns is a very disciplined and exciting house and is an exemplar of how the 21st century house can be incorporated into historic Conservation Areas as part of the continuing evolution of domestic architecture. It should also inspire other clients and architects to confront the challenges of the UK planning process.”

The remodelling of the house comprised a series of new glass structures to the front, sides and roof, transforming the existing building into “one of the most important houses built in Britain for years” (Tom Dyckhoff – The Guardian). The core of the original house was retained and re-organised, with the stair relocated to the front double height entrance lobby, allowing the main living spaces to span the rear of the house, each with views and access  into the enclosed rear garden.