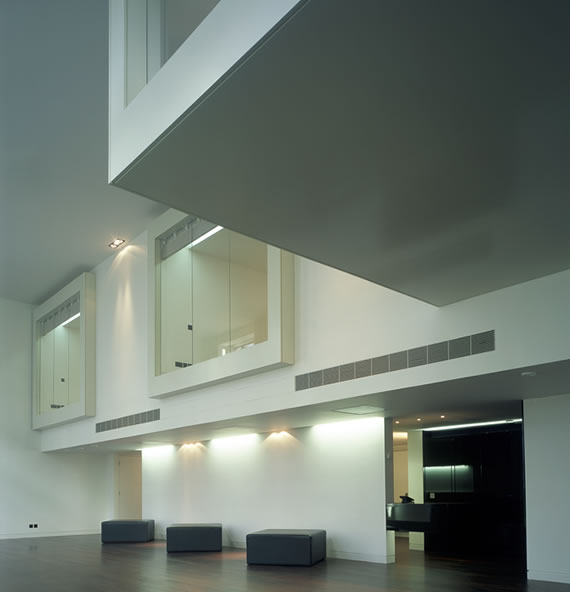 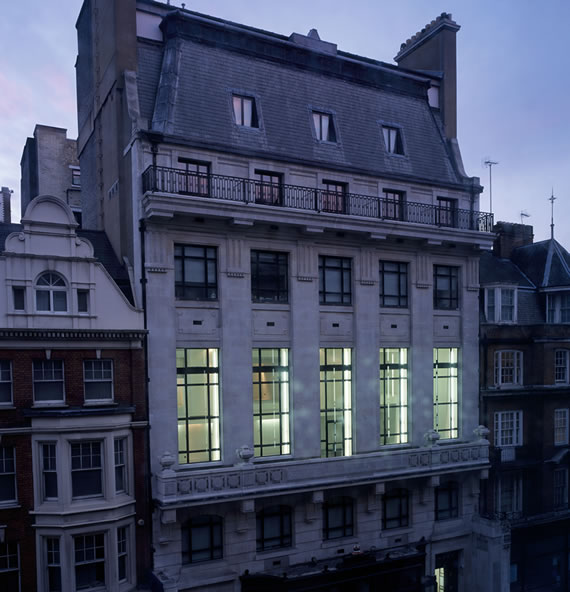 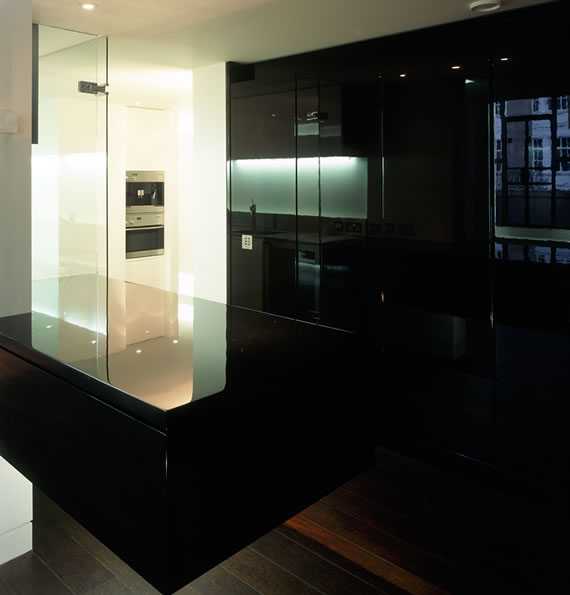 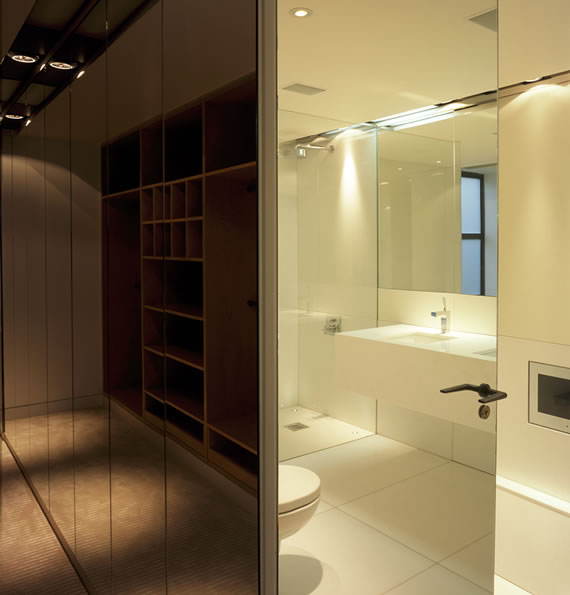 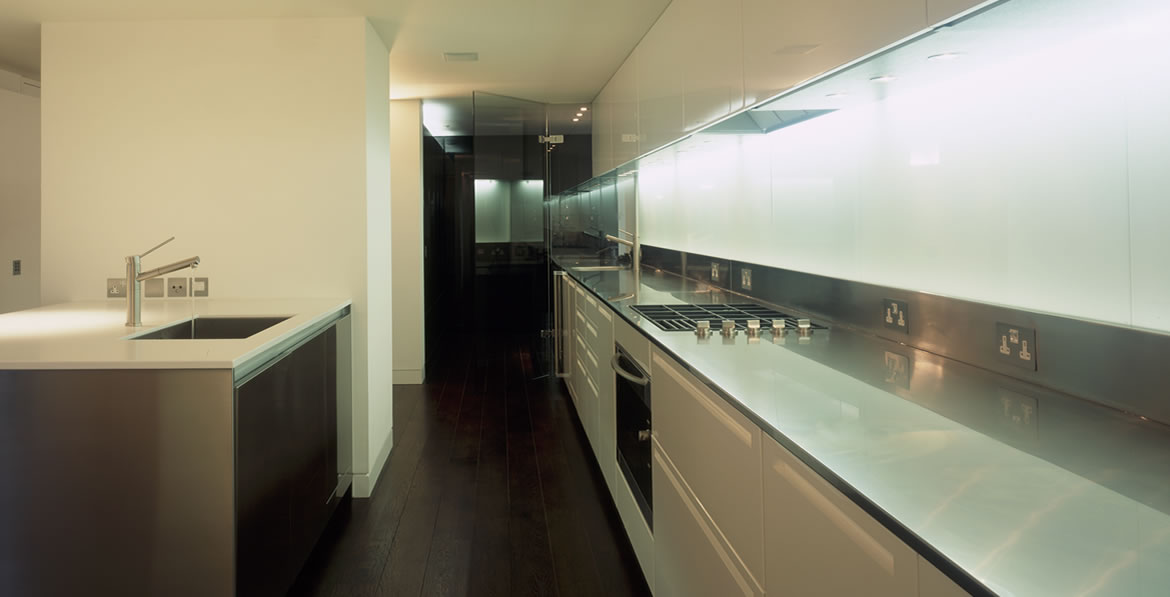 The apartment is a former assembly hall in an elegant 1920’s central London building close to Regent’s Park. The practice was commissioned by a developer to convert the space into a generously proportioned apartment on three levels.

The main assembly hall has been transformed into living space with kitchen, bar and film screening room beyond. The upper level is animated by a series of glass-fronted projecting bedrooms with views across the city streetscape. The bedroom structures are steel-framed clad with lacquered panels and suspended from a concealed steel framework in the assembly room ceiling. Each has a bathroom, dressing area and access to a terrace at the rear of the building screened by black-stemmed bamboo. The apartment has a private entrance from the street with its own staircase, the restored stair dating from the 1920’s and new lift. The apartment has featured in a number of interior and fashion magazines inspired by the uniqueness of the space.